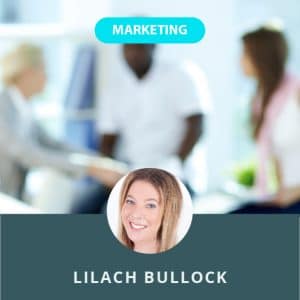 Artificial intelligence isn’t new, but as a technology it’s still very much in its infancy. The term was first coined in 1956, but AI as we know it didn’t officially begin until the first neural networks emerged in the mid 80s. Even then, it was another decade before concepts like machine learning and data mining emerged, culminating in the Deep Blue chess program famously beating Garry Kasparov in 1997. Fascinating as the history of AI is, from a marketing perspective artificial intelligence didn’t truly begin until the 2000s. That’s when the technology moved from intriguing concept to workable reality and AI, along with related buzzwords such as ‘machine learning’ and ‘neural network’, entered common usage.

Due to the newness of AI, there’s a tendency to think of it in a future sense: ten years from now AI will do this and will achieve that. These predictions may well prove correct, but there’s no need to look to the future to picture AI in action. In the business world, AI is already proving its worth, helping marketing departments work smarter and more efficiently. Here are 10 examples of AI in B2B marketing.

There are many tasks that humans still perform better than computers. When it comes to mundane and repetitive tasks however, the machines hold sway. Machine learning is particularly good at detecting subtle differences between products and optimising them to produce more favourable outcomes. It’s good for adverts in other words. Machine learning has been shown to reveal which adverts perform best and which placements are most effective. This technology is especially useful when serving ads to individuals who are at a pivotal stage in the buying process. Based on historical data, computers can make extremely accurate assessments about when, where and how ads ought to be placed. You make them, they’ll optimise them.

Remarketing is getting smarter, but it’s a process which is still reliant on humans doing the curation and ad creation. Instead of guessing what’s likely to bring visitors back to your site and cause them to re-engage with your products, why not leave all that head-scratching stuff to a machine? Computers are very good at discerning the sort of content that’s likely to appeal to an individual based on content they’ve previously consumed. AI-driven retargeting is more personal and more effective.

Propensity modelling is all about using past behaviour to predict future behaviour. It’s the sort of data-heavy process which is suited to machine learning. Feed in vast amounts of data about customers or prospects and propensity modelling can identify which organisations and individuals are likely to purchase a certain product. From a marketing perspective, this sort of information is extremely valuable.

The sibling of propensity modelling, predictive analysis combines statistical algorithms, customer data and machine learning to predict a wide range of outcomes. In other words, it’s a broader tool which can be combined with your existing data to predict market trends, customer behaviour and to forecast business outcomes.

Chatbots receive a mixed reception from users, but then the same could be said of automated customer service lines. In other words, love, hate or tolerate them, chatbots are here to stay. For engaging with B2B prospects, they can prove effective as a standalone technology or as a lead-in to a live chat service on your site that can get visitors talking before seamlessly switching from machine to human operator.

We often think of content curation in the context of Netflix and Spotify, whose algorithms invisibly guide our lives. When it comes to business, content curation is again a job best left to machines which have the time and patience to innately understand user behaviour and then predict other content they’re likely to enjoy. In its most basic form, an example of content curation in action would be recommended articles for visitors to your site to read next. This tech could also be used to recommend related products at checkout or in transactional emails.

Most forms of marketing automation, particularly email automation, are still done manually, with humans segmenting lists and creating judgements based on the analytics available to them. New technology is allowing machines to segment and automate email sequences based on user behaviour. This is a much more efficient way of working and it’s only a matter of time before this becomes the norm, with humans crafting the content and then algorithms deciding when, to whom and in what order it’s sent out.

Pricing is an art – an extremely dark art once you move into the realm of AI. You may not know it, but you’re served dynamically priced products every time you visit a shopping site such as Amazon. It uses cookies to determine your socio-economic status and then adjusts its prices accordingly. Basically, the poorer a site like Amazon thinks you are, the less it will try and charge you. In a business context, dynamic pricing can be more sophisticated than that, targeting discount deals only at customers who are unlikely to otherwise convert. It’s a highly effective means of maximising revenue whilst still converting the sort of casual buyers that otherwise wouldn’t make a purchase. Offering blanket discounts across the board is a surefire way to eat into your margins. Dynamic pricing is a perfect example of AI in action.

Imagine knowing exactly when your customers are going to contact you and what their query will be. Imagine the sort of opportunities you would have for enhancing customer support as well as upselling and cross-selling if furnished with that sort of data. We haven’t quite arrived at that stage yet but we’re not far off. Saffron, a division of Intel, has pioneered an AI system that combines natural intelligence with machine learning. It’s helped the United States Automobile Association improve its guess-rate from 50% to 88% as to when customers are likely to contact it next and the nature of their query.

Content generation is a key component of B2B marketing and it’s another niche which machines have begun meddling in. The most famous example of this is Wordsmith which can automatically generate news articles and financial reports. We’ve not reached the stage where a computer can generate an erudite thought leadership piece that reads like it was written by the CEO in conjunction with an army of copywriters and sub-editors: you’ll still have to write the company blog yourself then. But the speed with which machines are mastering the complexities of the English language is frightening and it won’t be long before computers can handle much more complex literary assignments.

“On the internet, nobody knows you’re a dog” goes the maxim. Well, pretty soon nobody will know you’re a dog reading an article written by a computer followed with recommended content curated by a machine. AI is everywhere. Time to get with the program.